The Amish won’t defend themselves against false TV shows like Amish Mafia because it is not their way to do so. These are a very religious group of people that like to minimize contact with the world outside of their community. They are self sufficient in terms of food and materials but they have had to make contact in recent years because of US governmental intervention requiring them to pay Social Security taxes and Income Taxes. For this reason they have had to create a source of revenue to pay this burden.

As with all portions of our society, the Amish do have disagreements amongst its members. Because they have been such a closed society group from the rest of the world for such a long period of time, most see them as mysterious. This mystery is just outsiders not knowing about them that it is not a secret society like the Masons. 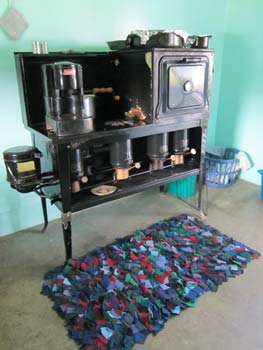 The show called Amish Mafia is a dramatization of fictional events which are based loosely on actions inside and outside this closed community. As all dramatizations that are made for an audience, they have to be spectacular with action and events that surprise and entertain its audience. As most people realize, to get good ratings, a show, even reality shows, have to have a script so there is excitement in the show.

In reality, the Amish community is nothing like what appears on the Amish Mafia or any other show that depicts their activities unless it is a documentary. The only thing that is real in the shows is the way they talk and of course their clothes. These are a peace loving group in our society that spends all of their days honoring the All Mighty God. Because of their peace loving way of life they are forbidden from taking another human life. That is the reason there are no active Amish members in the US military.

The real life portrayal of the Amish and how they settle their disagreements would make for very poor viewing as a TV show. They compromise and work together to resolve problems. While there are beard cuttings and people being shunned, there is no violence or blood spilled in the real Amish community by its members. At time tempers are flared but that is never seen by anyone from the outside.

When watching a show like the Amish Mafia, the audience must remember this is a TV show meant to entertain. Because their lives are somewhat non-eventful, the script has to be written to liven up the characters and their actions so people will tune in and watch the show. Like most people’s lives, they would not make good or long lasting TV shows without a bit of fiction in them.